WHAT MAKES THE VALVE INDEX THE BEST VR HEADSET IN 2020?

At $1000, the Valve Index is as pricey as they come for VR headsets. However, with this $1000 you get a VR headset with the best tracking, using SteamVR Tracking 2.0 which uses two separate base stations that you either hang or place high up that shoot lasers at the headset and controllers to accurately track its position; “off-ear” speakers that provide crystal clear sound that rest just off your ears for complete immersion; a wider FOV, or field of view, than what either Oculus or HTC provides; up to 144Hz frames per second LCD display, which is above the 90hz of the original Oculus Rift and HTC vive, and above the 80Hz of the Oculus Rift S; best-in-class VR controllers that you slip on and tighten in place so you don’t have to hold them, as well as finger tracking that represent each individual finger within VR; among other reasons.

IS THE VALVE INDEX WORTH THE ASKING PRICE?

At the end of the day, this is completely up to you and what you feel VR is worth. Should you buy an Valve Index for Half-Life: Alyx? While they include Half-Life: Alyx free for all Valve Index owners, if this is the only game you plan to play the value might not be there for you. At a mere $400, an Oculus Rift S is debatably a much better value, and you’ll get mostly the same experience as someone playing on a Valve Index. Yes, the speakers aren’t very good on the Rift S, but with inside-out tracking, the setup couldn’t be more simple. You’ll also be able to play Oculus only games without having to install a third party application to get them to work, like REVIVE. If you only plan to play a few games here and there, the Oculus Rift S is definitely a better purchase and valve.

It’s an exciting time for VR. With arguably the first AAA flagship VR title that we’ve all been waiting for now out, now might be the best time to get into Virtual Reality. With news of a new HP headset coming, be sure to stay up to date with all the VR news ahead!

Looking to get into VR, and need some extra cash to buy a Valve Index? Simple! Sell your laptop to Canitcash. 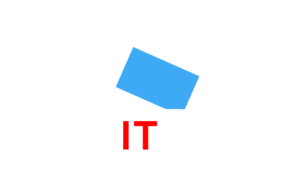 Started in 2018, Canitcash was created to provide our customers an easy online storefront where you can sell your laptops and other electronic devices. Payments are issued within 24 hours of receipt!